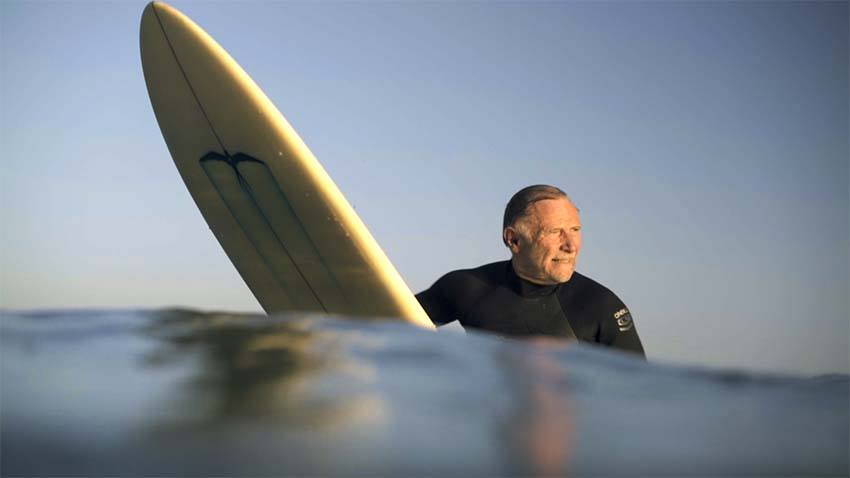 Danny Webb has been a professional actor since graduating from RADA in 1978. He has appeared in films, TV and theatre constantly since then. Science fiction fans may recognize him as Professor Edwin Hobb in the recent hit series Humans, Morse the only survivor in Alien 3 and as Jefferson in Dr Who. TV series include Life Begins, Brookside, Honest, Midsommer Murder, Holby City, Our Friends In The North and Sherlock. Danny is also one of the UK’s most respected and prolific stage actors, starring recently alongside Glenda Jackson and Sir Ian McKellen – and is currently in New York co-starring alongside Ralph Fiennes in Straight Line Crazy.

Through his passion for history he became fascinated with surf culture,  surf film and surfboard development. He is a lover of single fins, displacement hulls and bodysurfing. He recently combined his two passions, starring as Mike Strident in The Outrider by multi award winning Two Eyes Films. He lives close to the sea in the Badlands, Cornwall.