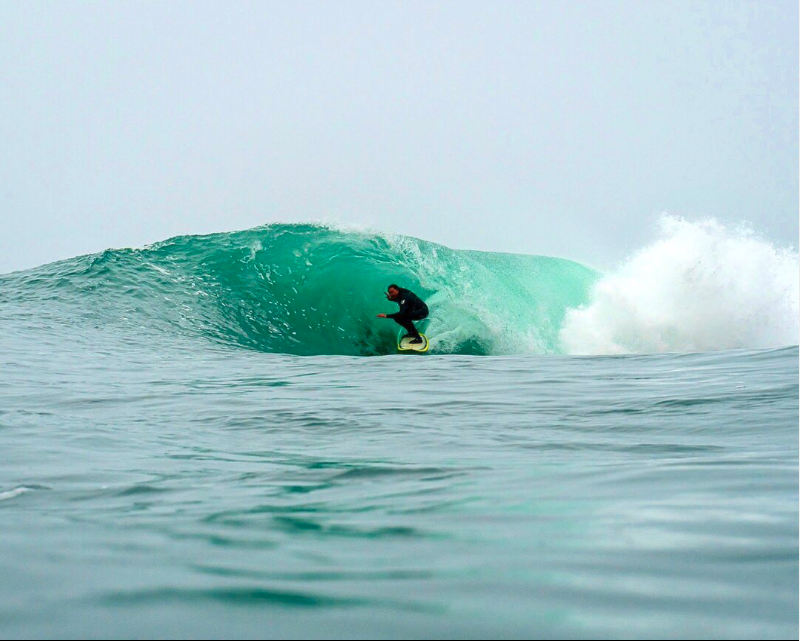 Steve England is the editor of Europe’s top surf publication Carve Magazine. He’s also super modest but if you probe him hard enough you might just find out that his competitive career peaked at second in Britain and that he’s racked up over 40 years getting barrelled at Porthleven. Steve has helped shape the direction surfing in the UK and beyond as founding director of Surfer Against Sewage and as the author of the proposal that launched Australia’s National Surfing Reserve programme. On the screen Steve was stunt double for Terry and surf consultant on the iconic movie Blue Juice and went viral herding swans safely across a road in Newquay in 2018.

Steve England at home in Cornwall