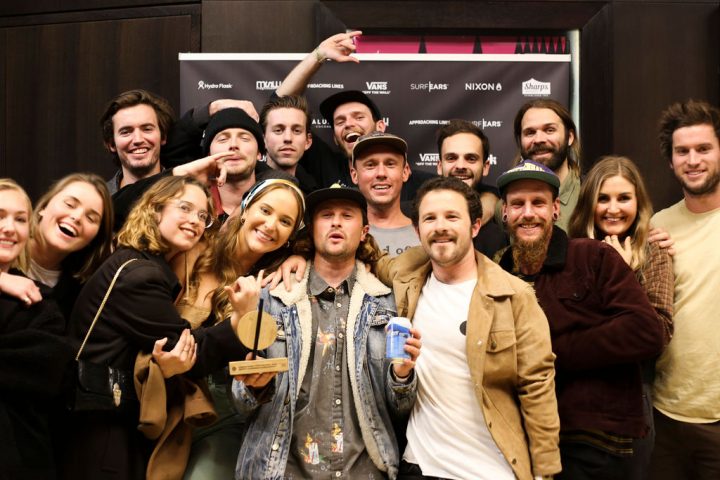 Award winning Australian filmmaker Spencer Frost and crew in town for the World Premiere of his epic ‘A Corner of the Earth’ / Image: Surf Sistas

We’ve missed you. We’ve missed ‘us’ – the getting together, sharing the good times, the films, the stoke, the stories, the community, so we’re super stoked to announce that the 10th Edition of London Surf / Film Festival x VANS is on 2-4 December at the iconic The Genesis Cinema, E1.

TICKETS WILL BE LIVE SOON! YOU CAN GET THE INSIDE LINE BY SIGNING UP TO OUR NEWS LETTER >>> HERE

We’ve been working behind the scenes to bring together the very best surf films from across the globe – a hand picked line up of underground projects and hotly anticipated premieres to stoke the fires and draw us all together – road trips & travelogues to stir the wanderlust, documentaries to inspire and of course surf action to blow minds. Accompanied by talks, art, icons, music, good times and more, London Surf / Film Festival is a celebration of the cream of international surf culture and our homegrown surf community. And one thing is for sure, you’re not going to want to miss this!

London Surf / Film Festival was founded a decade ago by surfers and writers Chris Nelson and Demi Taylor. It began, where all the best ideas start life, around the kitchen table, in the deep mid winter, after a few good waves. The aim was to bring together the UK surfing tribes to share the stoke, the storytelling and the cream of surf culture; after 9 editions, some 225 film premiers, with art shows, live music, talks and a whole heap of good times, it has grown to become a must attend gathering for the global waveriding collective. LS/FF 10 x VANS 2-4 December 2021. londonsurffilmfestival.com