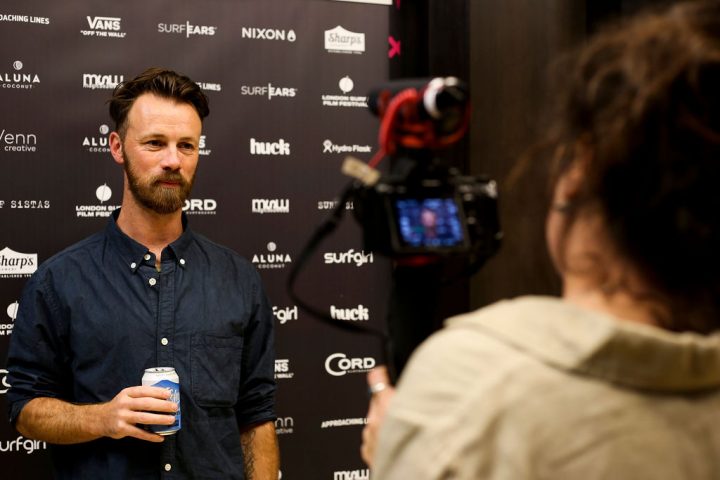 Director Chris McClean won the very first Shorties in 2011, he returned to the LS/FF in 2019 to premiere his first independent feature film // Image: Surf Sistas

ENTRIES TO THE SHORTIES PRESENTED BY SURFDOME  2022 NOW OPEN HERE

Short films are a central pillar of modern surf culture, a creative outlet for sharing stories and inspiring stoke. Here at the LS/FF we wanted to celebrate the short and give homegrown filmmaking talent a platform to bring their visions to the surf world so we established THE SHORTIES which has fast become one of the most prestigious short film competitions for surf filmmakers in the world.

While the main festival is a showcase for international filmmaking, The Shorties x Surfdome short film contest is open exclusively to filmmakers from, or based in, Britain and Ireland – from both leading lights and up and coming filmmakers. 11th Edition LS/FF Shorties submissions close: Monday 10th October 2022.

As part of our ongoing support for UK and Irish filmmaking talent, there will again be a £1000 cash prize for The Shorties x Surfdome winning film, plus a £500 prize to accompany the Emerging Talent Award.

If you’re looking to spark some inspiration, check out some of our past winners below:

LS/FF Shortie of the Year 2014: ‘Out of the Black and Into the Blue’ Dir. Luke Pilbeam

LS/FF Shortie of the Year 2012: ‘The Shaper’ from Crayfish Films (Rob Lockyear, Richard Pearn, Jeremy Joyce). In 2011 their short ‘Wreckers‘ was runner up in the LS/FF Shorties Contest.

LS/FF Shortie of the Year 2011: ‘Uncommon Ideals’ from Chris McClean and Mark Waters. ‘Uncommon Ideals has gone on to win countless accolades as well as being nominated for the Surfer Poll and the international Vimeo Awards in 2011.