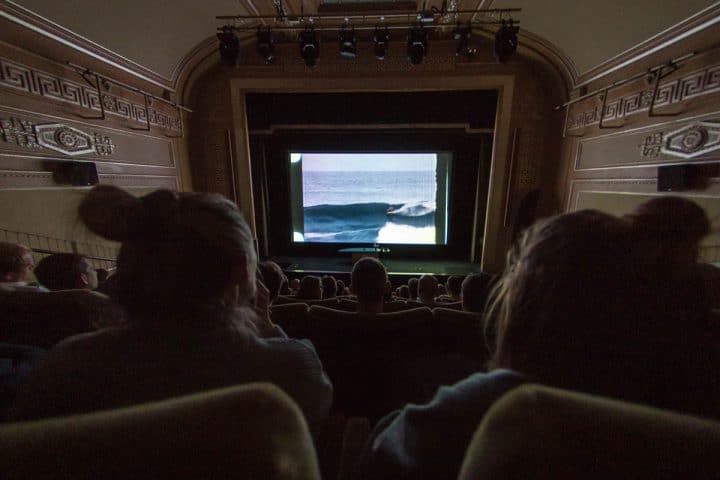 Full house for the LS/FF

Submissions for the International section  of 11th Annual London Surf / Film Festival are now open. Surfing and surf culture are wide open to creative interpretation and we welcome submissions from across the globe and across the genres that explore all aspects and angles from documentary to action, stop-frame to animation and anything in between. Submissions for the 11th Edition LS/FF close 19th September 2022.

The London Surf / Film Festival is a showcase for the cream of international surf culture. We source the very best in independent films by both leading lights and emerging surf filmmakers to curate a line-up that celebrates the underground while embracing the most hotly anticipated new releases, creating a broad-reaching programme that consists of the very best of independent filmmaking.

All screened features are considered for prestigious awards including London Surf / Film Festival Best Feature Film, Best Documentary, Best Cinematography – as selected by the Screening Panel, comprising experts from the worlds of surfing, filmmaking and media – as well as the Viewer’s Choice, as voted for by the knowledgeable UK audience. For past winners, see HERE.

Please read our terms and conditions HERE, then fill in the online submission form HERE.

NB. To complete your submission form you will need to include your PayPal receipt number. It will also help if you include the film title in the ‘Instructions To Merchant’. You do not need a Paypal account, there is an option to pay via credit or debit card once you click the ‘Pay Now’ button below.

We allow multiple entries, however a separate submission form and entry fee must be submitted for each.

The Shorties open exclusively to homegrown filmmakers from or based in UK and Ireland. Details and submissions >> HERE

If you are a filmmaker and have any queries please check out our FAQ’s or feel free to get in touch.