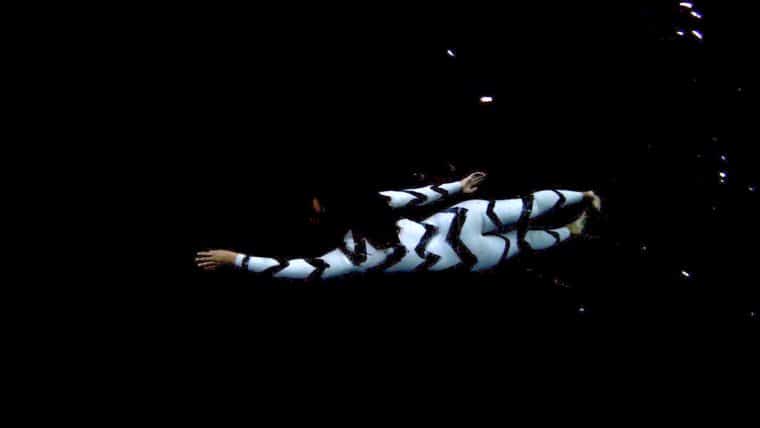 The 8th annual London Surf / Film Festival x Reef hits the capital 10– 19th October 2019 and are you in for a treat! We’ve assembled (if we do say so ourselves) an epic programme of premieres, underground projects and award winning features that explore our salt water realm and the diverse characters that inhabit it. With documentaries to inspire, surfing to blow minds, travel to stir up the wanderlust and biopics that get under the skin this year’s international London Surf / Film Festival is a true slice of surfing in the here and now and a showcase of our multi-layered world of waveriding.

We’re bringing to the UK 3 World premieres, 2 European Premieres and 10 UK Premieres. For many of the movies, the festival will be the only chance to watch them as they were intended to be enjoyed – on the big screen, accompanied by a packed crowd of likeminded folk – the original “social media” experience.

Accompanied by Q+A’s with the world’s most exciting surfers and some very special guests plus award winning filmmakers plus live music, art, pop up events and more the London Surf / Film Festival is a must attend for dreamers, doers, adventurers, hard chargers and anyone of a salty disposition.

Tickets are on sale now >> HERE.

You can grab an individual ticket to a screening OR get an evening pass that delivers more surf for your buck – a whole night of the very best surf films PLUS some exclusive goodies AND a complimentary beer from our friends at Sharp’s Brewery!

UK PREMIERE: West Africa has a turbulent and violent past. In a small corner of Sierra Leone, during an Ebola outbreak, a band of brothers find solace, escape and a new found identity through surfing.  Big Wata (The Ocean) is an insightful documentary exploring the first and only surf club in Sierra Leone.

WORLD PREMIERE: Within the patriarchal Jamaican surf scene, 28 year old Imani Wilmot is a beacon of hope for fellow women. An intimate exploration on the social impact of surfing, culminating in Jamaica’s first ever all female surf contest, emotions run high exposing just what surfing really means to these women. Plus Director Q+A

UK PREMIERE: Featuring the likes of iconic surf filmmaker Paul Witzig, Pipeline photographer Brent Bielmann, watermen Dave Kalama, Jamie Mitchell and Jeff Clarke plus surfers Bronte & Dave MacAulay, and shot on location in Australia, Hawaii and California this is a cinematic exploration of our complex relationships with the ocean.

Beyond the Noise Dir. Andrew Kaineder

Beautiful short exploring the world of a Brittany shaper,  Presented by the Director

UK PREMIERE: In Siberia, winter water temperatures average just 2 degrees, snow lays heavy on the beaches and then there are the blizzards to contend with. This is cold water surfing at its very limits. This ground breaking, visually arresting masterpiece is a two year quest across the vastness of the Russian continent, home to some 37,000 km of coastline. A must see surf exploration.

UK PREMIERE: Fired by an explosive cocktail of camaraderie and deep-seated competitiveness, this highly anticipated documentary explores how Slater, Machado, Dorian et al pushed each other to levels of performance previously unseen in surf culture. A frank and insightful look at the rivalries forged and friendships burned in the white heat of competitive surfing.

UK PREMIERE: What happens when you bring Dane Reynolds and 10 tripped out surfboards, hand-shaped by some of the most radical hands, for a ten-day mind-melter at Mexico’s loveliest sand points? A celebration of surfing’s experimental tradition, an exploration of some of the most iconic and disruptive alternative designs, put through their paces by surfing’s most radical innovator. Accompanied by Q&A with Director Ashton Goggans

EUROPEAN PREMIERE: Enigmatic surf icon and 4 Time World Champion Lisa Andersen changed youth culture forever. Her combination of style, power, drive and determination showed the world a new way to think about female surfing. Writer and cultural commentator Chas Smith brings us a raw and honest insight into Lisa’s struggle to fulfil the hastily scribbled promise of a run-away teen to be the world’s number one.

Plus short film: Black is a Colour Dir: Taylor Knox

WORLD PREMIERE: Featuring Mason Ho, Mick Fanning, Taylor Knox & Sal Masekela, a mystical journey through South Africa with some of the most beautiful black coloured surfing crafts ridden by some of the world’s best and most stoked surfers.

It’s Not All About The Waves Dir Kepa Acero

UK PREMIERE: Surf adventurer Kepa Acero and photographer Eva Diaz head to Africa in search of a right hand point break but discover so much more. Accompanied by Q&A with filmmakers Kepa Acero and Eva Diaz

UK PREMIERE: Anne-Flore Marxer & Aline Bock journey across Iceland by van, surfing, snowboarding and meeting some of the women who have helped forge Icelandic culture. Accompanied by filmmaker Q&A

UK PREMIERE: Paige Alms is an XXL award winning charger and pioneer of women’s big wave surfing. This documentary takes you inside Paige’s world as she trains, mentally and physically for the rigours of a season taking on her favourite wave – the infamous Jaws.

Hosted 10-13 October 2018 at London’s iconic Regent Street Cinema we’re bringing to the UK a handpicked line up representing the pinnacle of contemporary surfing – documentaries to inspire, travelogues to stir up the wanderlust and of course some of the most mind blowing surfing.

You can stay for a single screening (£11) OR come and immerse yourself in a whole evening of the very of international surf culture with features, shorts, Q+A’s, icons, filmmakers, drinks and good times (Evening Passes £18)

Evening passes are limited and include entry to an entire evening of cinematic pleasures PLUS a complimentary beer from our friends at Sharp’s Brewery This year we have the mighty tasty Offshore pilsner to sample. (over 18’s only)